WE HAVE ALWAYS LIVED IN THE CASTLE – Shirley Jackson (1962)

Harold Bloom – the literary guru that claimed literature and politics should have nothing to do with each other – challenged the idea that Shirley Jackson’s work should be included in the Western canon. Nevertheless, in 2001 he edited a volume of Jackson’s short stories. There he wrote that “Her art of narration [stays] on the surface, and could not depict individual identities. Even ‘The Lottery’ wounds you once, and once only.”

Bloom is dead, and in 20 years time his work likely will only be read by a few academics. I think there’s a fair chance Shirley Jackson will still be read widely 50 years from now.

I’m not trying to dis academia, but Bloom’s tale is stark warning for us meta-writers to not confuse talking taste with pontificating. I have not read The Lottery – I will – but based on We Have Always Lived in the Castle, I’d say that Bloom’s claim about Jackson’s “art of narration” is a bit off.

The Western canon seems a bit of an outdated concept, or, at least, it is outdated as an apolitical idea: the reasons why something becomes a “classic” surely ain’t devoid of politcs. Either way, there is no doubt about the fact that Shirley Jackson belongs at least in the canon of speculative fiction – that peculiar subset of literature.

It turns out that We Have Always Lived in the Castle doesn’t contain any speculative or supernatural elements, yet it evokes an uncanny atmosphere that will delight many readers looking for Otherness. However strange it may be, Jackson manages to stay close to the human experience, and as a result she has written a book that will keep on resonating with generations to come.

We Have Always Lived in the Castle is Jackson’s final novel, published three years before Jackson died, 48 years old.

Jackson was troubled. She had taken amphetamines on and off for weight loss, and near the end of her life she was prescribed barbiturates for severe anxiety & agoraphobia. She “felt patronized in her role as a “faculty wife” [of literary critic Stanley Hyman]” and “ostracized by the townspeople of North Bennington”. This led to alcohol abuse, on top of the tranquilizers, amphetamines and heavy smoking. Some of that will be familiar to those of you who have read Castle, but it would go to far to see this as autobiography.

An important element in the power of this short book is its straightforwardness. Some might say it could be read as a metaphor for mental illness, but in a way, that is mistaken: this is no metaphor at all. It simply describes the real deal. Yet those of you weary of too much psychology should not fear: Castle is a simple story, and there’s not even a whiff of psychoanalysis or therapy talk.

That is not to say we don’t get a glimpse into the main character’s internal world: Jackson writes through the eyes of the 18-year-old Mary Katherine Blackwood, and ‘Merricat’ is a bit of a cynic – “the sun was shining and the false glorious promises of spring were everywhere”. She lives in the family mansion with her older and even more reclusive sister, Catherine, and their older uncle who has troubles with his memory. The rest of the family died in mysterious circumstances.

There are a few thematic angles Jackson explores: snobbery & elitism, mob rule, social ostracism, male entitlement, shame & regret, greed, troubled communication, the tendency to prey on the weak, and the attraction between the sexes. All these themes are weaved together effortlessly, and never spelled out as a MESSAGE. Jackson registers and keeps moral condemnation of the page – something that seems harder and harder to do this day and age of internet fueled outrage.

Obviously lots of bookish types have felt themselves outsiders during certain parts of their lives, or might still feel different from a society full of jocks. The paradox of Castle is that while Jackson plays into these feelings of her readers, in the end we might realize we don’t actually want to identify with Merricat and her sister, even though we wish them well.

Jackson not only refrains from judgement, she also refrains from explaining what’s maybe the basic mystery of this book: why do Mary and Catherine act the way they act? Yes, they love each other, yes, they might still suffer from shock, but we never get real reasons for what jump-started the narrative years ago. It is suggested Mary was maybe spoiled, but that’s about it.

Castle is a comedy of manners too, and Jackson’s prose is excellent. I’m really eager to read more of her work – it is diverse if I’m to believe what I’ve read about it. I’ll start with ordering the classic The Haunting of Hill House as well as The Lottery and Other Stories. Or maybe I should just get the canonical 2-volume Library of America edition. Maybe that’s too much. What do you think? 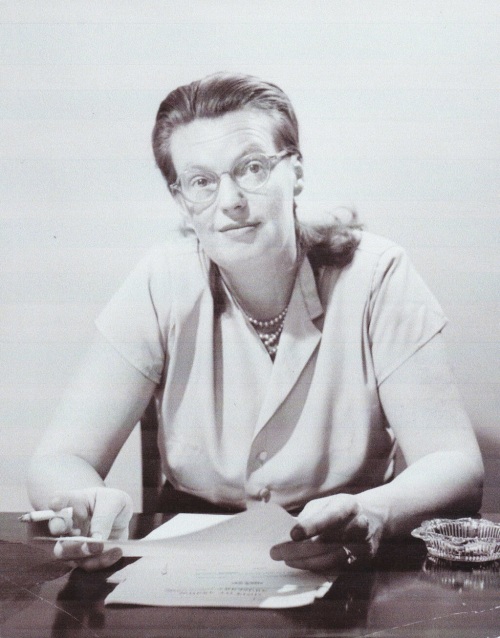