First up: I want to express my gratitude to everyone who has read, liked, linked or commented. Thank you. My best wishes for the new year!

I’ve read 54 titles in 2016, and reviewed 52. Below are the ones I enjoyed most, in no particular order. Click on the covers for the review. After the books, music.

Bone Swans – stories by C.S.E. Cooney (2015)
If I had to make a top 3 of things I read this year, this would be in it. 5 stories, 2 of which play on known fairytales. “Poetic, humorous, original, daring, gruesome, outrageous, unsettling and even amoral.” You can read them for free online, links at the end of the review! Start with the title novella.

Europe in Autumn – Dave Hutchinson (2014)
Spy novel in a near future fractured Europe. A relevant, Cassandran pageturner. I’m looking forward to the sequels. If you’re not up for a new series: this one can be read independently, and Hutchinson in fact wrote this as a standalone title. Only afterwards did he decide to make it a series.

Ninefox Gambit – Yoon Ha Lee (2016)
Poetic far future space opera by a Korean trans man. Checks all the right boxes for the 2016 crowd. Difficult at first, and at the end you still won’t be 100% sure about what’s going on. And the good thing: this is excellent & fresh on its own terms, not merely because of identity considerations.

The Darkness That Comes Before – R. Scott Bakker (2003)
Pretty grim epic fantasy with a messianic storyline. First of the Prince Of Nothing trilogy. That trilogy is followed by The Aspect Emperor series, so if you like it, you’re set for some quality reading time. A bit overlooked it seems. Fans of Steven Erikson should take note.

Wolf Hall – Hilary Mantel (2009)
Historical fiction that does complex court politics much, much better than most fantasy. 16th century England & the Tudors are the backdrop, and Thomas Cromwell a fascinating main character. This comes with the highest possible recommendation, and that’s for people that read only speculative fiction as well.

The Summer Tree – Guy Gavriel Kay (1984)
The debut of one of fantasy’s most respected, ‘literary’ authors. Kay helped edit The Silmarillion, and that shows in this first book of The Fionavar Tapestry. While the Tolkien influence is obvious, it’s a thing of its own for sure. It had me teared up at times, and the prose is delightful art.

The Paper Menagerie – Ken Liu (2016)
I thought The Grace Of Kings, Liu’s long form fantasy debut, was a giant, overpraised bore. None of that stale, clunky writing in this charming, diverse collection of short stories. Here, his prose is fluid. It has a few hard-hitting, brutal stories. You can read the bulk online for free: the links are in the review!

White Noise – Don DeLillo (1985)
I should read more non-speculative fiction, as both of the non-speculative titles I read this year made this year-end list. White Noise is still relevant 30 years later. One of the prime examples of postmodern literature, but that’s such an unclear, overused flag it might not help. Full of sharp observations and insightful irony. If you like Kurt Vonnegut, try this too.

More Than Human – Theodore Sturgeon (1953)
On the surface level a typical 1950ies book infused with the scientific hope for a paranormal breakthrough in telepathy and the likes. Nietzsche’s influence is fairly obvious, but well done. Beneath that, it’s a novel about Nature’s beauty and Man’s loneliness. Sturgeon’s prose is a treat, and his views are transcendentalist. It has a small but important racial component too, well before such became mainstream.

Green Earth – Kim Stanley Robinson (2015)
More people should read KSR. He’s without question the best and most pressing author working in speculative fiction today. This is his version of The Great American Novel. Originally published as the Science In The Capitol trilogy, Robinson decided to cut 300 pages and publish the resulting redux version as one big book. Highly political, and in a such a way it is relevant for all of humanity. Green Earth‘s main topic is climate change, and the place science should take in Washington’s decision making. Green Earth is also about raising small children, Buddhism, the outdoor life, Roosevelt and Emerson & Thoreau.

Gardens Of The Moon – Steven Erikson (1999)
Erikson put the epic back in epic high fantasy with this debut, the first in a 10 book series. It features – among countless other things – an insane mage that’s a small wooden puppet & a sword that has a prison inside it. The Malazan Book Of The Fallen is universally regarded as having redefined the genre.

I have the feeling 2016 wasn’t an as good a year for SFF as 2015 was. Less titles appealed to me, and of what I’ve read, not a lot stood out. But, I still want to read Dark Matter, Europe in Winter, The Great Ordeal, Children Of Earth And Sky, Zero K and Version Control. With that in mind, for the moment, my vote for best book released in 2016 goes to Ninefox Gambit. Update July 2018: I’ve read both Don DeLillo’s Zero K  and Dexter Palmer’s Version Control and I have to say they easily trump all 2016 books I’ve read. Update October 2018: Also Dark Matter is recommended.

When I wrote my 2015 favorites post, I still had to read The Dark Forest, The Grace of Kings, The House Of Shattered Wings, The Traitor Baru Cormorant, The Water Knife, Dark Orbit, The Fifth Season, Green Earth, Twelve Kings In Sharakhai. I have to say most of those didn’t convince, and my favorite 2015 book firmly remains Aurora, with Luna: New Moon, Seveneves and Bone Swans just behind. None of the 2016 releases I’ve read so far come close to those 4. I’m hoping Version Control will be in the same league. The only 2015 titles that are (were) still on my current TBR are Europe At Midnight, Uprooted and The Buried Giant.

The worst 2016 book I read must be The Medusa Chronicles by Alastair Reynolds & Steven Baxter. Such a shame Reynolds can’t seem to find his old form back. Producing books at his current tempo won’t help.

What’s in store for 2017? I’m thrilled for KSR’s new novel New York 2140, set for release in March, as well as a few sequels: McDonald’s Wolf Moon (February), Lee’s Raven Stratagem (June) and Hutchinson’s Europe At Dawn. October will see the start of a new trilogy set in Elizabeth Bear’s the Eternal Sky universe – The Stone In The Skull. And maybe Rothfuss might finish revising Doors Of Stone, who knows? He’d better hurry, as I fear I might have evolved too much as a reader to still enjoy Kvothe’s story…

It seems my music ‘consumption’ has diminished even further in 2016. For over two decades, I used to buy one or two albums a week, but it looks like I’m becoming more and more saturated. Nonethess, the final months of 2016 saw the release of three brilliant albums, all on the same label, but sounding very different, and among the best the innovative new music stalwart Erstwhile Records has ever released. 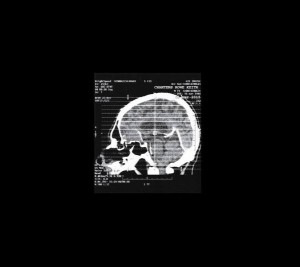 Keith Rowe – The Room Extended
4 cds from the originator of the prepared guitar (no, that’s not Fred Firth or Lee Ronaldo) and founding member of AMM. Rowe is in his 70ies, and this is maybe his most important record. Introspective, dark, brooding, sparse, harsh, fragile, beautiful. Expect no rhythm nor harmony nor melody – just layered sound. Music like abstract painting.

Michael Pisaro – The Earth And The Sky (played by Reinier van Houdt)
Among the best solo piano albums I own, and that’s counting classical music, jazz and avant garde. So yes, you might have never heard of American contemporary composer Michael Pisaro, but this 3-cd collection truly is on par with recordings of Bach, Beethoven, Satie, Rachmaninov, Feldman, Cecil Taylor, Schlippenbach, Thelonius Monk and John Cage. It’s slow, introspective, and the recordings’ depth and textures are amazing. Just beautiful.

Hands down, the most brilliant thing I saw in 2016 was Joanna Newsom and her band, Bozar, Brussels, on the 24th of February. Goosebumps for the full 2 hours. Easily among the best 10 shows I saw in my entire life.