At the beginnings of my forays into science fiction, it quickly became clear Solaris was one of the key texts, and so a physical copy of the book has been on my shelves for years. There were two reasons I didn’t take it out sooner. The main thing was me having the wrong idea of what it was about. I’m not sure why, but I thought the story focused on a crew slowly growing mad, and I’d mentally labeled it something like ‘psychological horror in space’, a genre I’m not that interested in. The other reason was Steven Soderbergh’s adaption: I’d seen it in a movie theater when it came out back in 2002, and while I don’t remember any other thing about it, at the time my reaction was lukewarm at best.

It was only after a conversation in the comments to my review of Asimov’s The Gods Themselves that I realized I had the wrong idea about the book. That conversation was with Polish native Ola G, and it turns out she wrote two excellent pointers about Stanisław Lem, here and here – do click on those if you want an accessible yet fairly thorough overview of Lem. On the strength of Solaris and Ola’s posts, I have added Fiasco, The Invincible and The Cyberiad to my TBR.

Before I look a bit closer at the novel itself, a few notes on the translation. The English translation from 1970 by Joanna Kilmartin and Steve Cox was based on a French version. Not ideal, and Lem wasn’t satisfied with the result either. Sadly, it is the only available English version in print, even though Bill Johnston completed a direct translation from the original Polish in 2011 – a version Lem’s wife and son thought “captured the spirit of the original.” Johnston’s translation was released as an audio book and a Kindle edition, but a paper edition is stuck in legal limbo. I can’t say the prose was bad, but some sections felt a bit dry & lifeless, and I’m chalking that up to Cox & Kilmartin. Just to be clear: all this is no reason to not read this book – it is a deserved classic – but should you have the option: go for the Johnston version.

As in lots of Stanisław Lem’s stories, an important theme of Solaris is “the complete failure of human beings to understand an extraterrestrial intelligence”. I will not write a whole lot more about it here, as heaps of pages been written about it already. Curiously this theme is largely absent from the two latest movie adaptations, while it is central to the novel.

The quest for alien aliens is not new for aspiring sci fi writers, and even Asimov failed miserably to evoke something non-antropomorphic in his sole attempt at aliens in the aforementioned The Gods Themselves. That novel nonetheless shares another theme with Solaris: the working of science. Now that I think of it, it’s also key to Radiance, and so accidentally I’ve read & reviewed three books in a row on the matter, and in all three truth is hard to come by. It’s probably telling that only Asimov, while very critical of scientists, lets science redeem his story. Lem takes the other route: by account of Grastrom, “one of the most eccentric authors in Solarist literature”, all science is anthropomorphic. The reader of Solaris is left holding the bag, but there are no definite answers in it – aside from the fact that humans originated on Earth, and our particular ecological history severely limits our epistemological power.

Back to those aliens. It is to Lem’s credit that he just lets it be, and does not resolve a thing. While Greg Egan envisioned aliens even farther removed from our own reality, in Schild’s Ladder rapport proves possible, and also Asimov writes about successful communication – granted, very limited communication, but extremely crucial.

It’s curious that our relation to alien intelligence isn’t upfront in the movies, but then again, maybe it is not. I thought the strongest suit of Solaris was the character of Harey – or ‘Rheya’ in the translation I read. She is quite an invention, and her nature has spawned essays like this – full of spoilers, beware. How would you define the personhood of something that springs out of existence from an alien entity’s registration of another person’s memories – a body without memories of her own life except through the eyes of that other? Her trajectory and growing self-awareness is painted only sketchily, but it is a very powerful portrait nonetheless.

As such, Solaris – to me – was not about mental problems or the lonely hell of a space station with a spooked skeleton crew. It is a story about lost love. Kris Kelvin’s relation to Harey is the major emotional draw of the book, and it is understandable that directors chose that focus over philosophy. At the same time, Lem implicitly asks a very hard question: what do we love? A person? Or a body? Maybe such dichotomies are false. Or maybe that question is the same question Snaut (‘Snow’) asks about halfway the book: “What is a normal man?”

I have written about humans being fully physically determined before, and one possible interpretation of the book is that Kelvin finds freedom in embracing “that part of reality which we would prefer to pass over in silence”, and surrenders to his emotional craving.

The human characters in the novel hardly seem to make choices, but react to their surroundings, probing the protoplasmic ocean, seeing what sticks, reacting to emergencies, oblivious to the how and the why of it all. The only character that does make a clear, deliberate choice is Harey, and it is of note that her final choice is one that is fully predetermined by Kelvin’s final memories of her Earthly counterpart.

Solaris is a rich, rewarding novel. The fact that Megan AM of Couch To Moon wrote very interesting things about how guilt works in the book – something I overlooked completely – hints at its layered strength.

It doesn’t feel dated at all – aside from a wee bit of technical stuff on neutrinos and memory encoded in DNA. Yes, the parts on the science of the alien ocean are a bit long-winded at times, and take up a significant amount of pages, but they ground the protagonist’s story in very realistic, detailed, historical world building – and yet the novel is only about 200 pages. Besides, overall there is a surprising lightness to the story – even though there are ruminations about the nature of gods and science and humanity. Everything considered, it is well balanced, and Lem always keeps the book’s mysteries just out of reach – as they should be.

Most other famous science fiction from the early sixties is pulp. Solaris clearly is not. It is not flawless, but Lem’s utter originality makes sure this harsh, humbling mirror to Earth’s humanity will endure for quite some time. 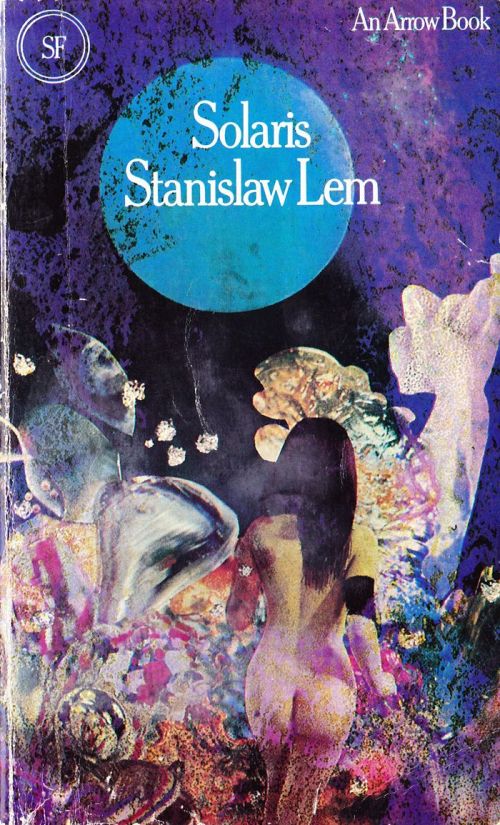