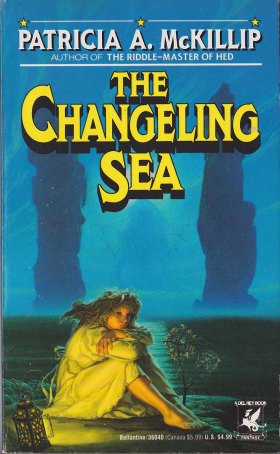 A few days ago, I read that Patricia A. McKillip died on the 6th of May, at the age of 74. I basically dropped what I was reading, and decided to read The Changeling Sea, so I could quickly post a review here as a small hommage.

I felt the need to do so because McKillip’s debut, The Forgotten Beasts of Eld, made such an impression on me that I wanted to contribute my bit to keep McKillip’s flame burning.

The Changeling Sea is a short work, only 137 pages, but still a full novel – I wouldn’t call this a novelette as I’ve read here and there.

It’s also classified as young adult, but while some 14-year-olds will probably like this too, it is a very mature work. Rather straightforward and simple on the surface, and as such fairly easy to read, but I would not say this is juvenile, not at all. In that respect, it is not dissimilar to Le Guin’s A Wizard of Earthsea. There are other similarities to Le Guin’s masterpiece as well: there’s some magic, and an island setting.

The book is about Periwinkle, a teenage girl who’s lost her fisherman father to the sea – because of that, she has also lost her mother, who has retreated in a numb mourning. Periwinkle doesn’t know the double meaning of her own name: she thinks she is a snail, but she also turns out to be a flower, and The Changeling Sea proves to be a novel of self-discovery. Not a buildingsroman, mind you, Periwinkle’s arc is too short for that. Not only Periwinkle discovers things about herself, but two princes as well, one of them a changeling child – an old fairy motive that McKillip uses, and ties to the sea.

McKillip has said that the sea is “a very mysterious realm. You can’t learn much at all from looking at it, you can only throw a line down and see what comes up on your hook, or throw yourself into it on its own terms and trust that you’ll be able to find your way back. Or you can stand on the shore and imagine what might lie under all that water, which is what people have done for thousands of years. I wanted to put both worlds in the novel: both what we can bring into the light of day, and what we imagine.”

The Changeling Sea is about hidden beauty, about fragile boats, about being determined by nature, about perspective & interdependence, and about intuition.

It’s telling that none of the characters know what they are doing. They all just fumble along, without a plan, without real insight in why they feel certain things or do certain things. It is telling that even the King doesn’t know how he called his lover from the sea. And even the sea queen is powerless to a certain extent, unable to withstand magic from a girl that doesn’t even know she possesses magic. It seems as McKillip tried to say: do not get distracted by other stuff, just do what’s natural and in front of you.

It is this theme of powerless stumbling that makes this a powerful novel, as an antidote against myths of meritocracy, or novels that call upon responsibility & duty. McKillip shows why being humble is the only realistic option if you want to live a moral life: hubris is always misguided. If you think you really know what you are doing, acting according your very own plans, you are probably delusional.

The Forgotten Beasts of Eld is without a doubt a better book – richer, deeper, more human in its brutal depiction of love. Speaking of love: it is precisely in its treatment of romance that The Changeling Sea shows it was written with a younger audience in mind too – on the other hand, the romance on display is perfectly in alignment with the themes I described in the previous paragraph.

I will not say any more. Jeroen Admiraal wrote an excellent review already, writing a bit more on the content, and highlighting some other themes.

To compare this with Forgotten Beasts is to set an impossible high bar. The Changeling Sea is wonderful, and wholeheartedly recommended, and I will read more of Patricia A. McKillip in the future. 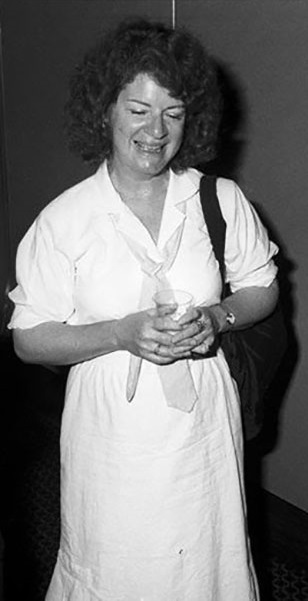 This entry was posted in Reviews and tagged 1980s, Fantasy, Patricia A. McKillip, Review, The Changeling Sea. Bookmark the permalink.