After I finished the fantastic Version Control, I read the excellent Keith Rowe biography by Brian Olewnick. I might still review that, but it’s a hard review to write for an audience unfamiliar with Rowe’s particular branch of experimental music.

Sadly, after those 2 great books, I’ve hit three I did not even finish. That and the relentless summer heat didn’t really urge me to start writing the reviews. Fortunately, that streak of bad reading luck came to an end, as I’ve also read a great, recent SF novella by Peter Watts, and finished yet another book on Rembrandt.

As the summer drought is still not over, I’ve decided I simply won’t bother trying to write longer, in-depth reviews for these books. I won’t even try to write up Hard To Be A God, the 1964 political allegory by the Strugatsky brothers, and the first book in that row of DNFs. I stopped after only 40 pages, not enough to write something meaningful, except that it was all too obviously allegorical for my tastes. Anyhow, without further ado, here’s those 4 mini-reviews…

THE WINDUP GIRL – Paolo Bacigalupi (2009)
I abandoned this Hugo, Campbell, Nebula and Locus First Novel winner after 150 pages. It felt bloated, the story unfocused, and the world-building too obvious in its dependence on a few ideas (joules, genes). To me this kind of SF already feels dated. I might have liked this more at the beginnings of my forays into the genre.

My main issue was the writing though: slogging, both in prose as in getting the story started. A shame, as I liked Bacigalupi’s next book, The Water Knife: it’s a lot less pompous.

Abandoned about 60 pages before the ending. I liked the previous 2 books in this series, but this one dragged, and ultimately I couldn’t connect with the characters anymore. These books are hard work – both their prose as Wolfe’s tendency to be opaque about the story – and I didn’t feel like investing the effort anymore.

Add to that the fact that the overall story has become clear by this point in the series – it’s rather underwhelming compared to New Sun – and that killed the urge to explore this book and the final installment any further.

I’m hoping Wolfe’s Soldier series and Wizard Knight series will connect with me, as The Book of the New Sun is one of my favorite literary experiences ever. 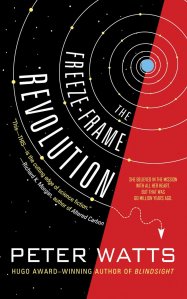 Great concept, snappy writing. A rather fresh take on the starship-and-its-humans-controlled-by-an-oppressive-AI. Plus a bit of mystery and suspense. Here’s a longer review by Jeroen Admiraal – it does a good job explaining the story’s setup.

Among other things, a nice metaphor about the non-existence of free will.

The only thing that did not fully work was the codes the conspirators used to communicate: too much handwavium there. Overall this has a hard SF vibe.

Based on this, I will check out Blindsight – something I have put off for too long. The Freeze-Frame Revolution is one of my favorite reads so far this year, and it’s only 192 pages. 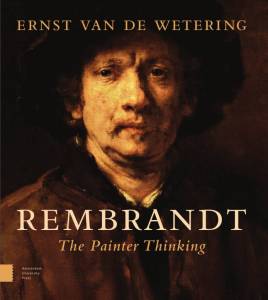 The bulk of this book is about Rembrandt’s relation to two 17th century Dutch texts on the theory of painting (by Karel Van Mander and Samuel Van Hoogstraten) with a lot of (translated) quotes from both sources. It shows Rembrandt to be methodological – not the mad genius some might think he was.

The heavy use of quotes makes the book a bit of a slog to read, and Van de Wetering makes his points again and again and again, while his overall ideas are pretty much clear very early on. (On a side note – the font the quotes are set in is terrible, making the lengthy passages hard to read.)

It’s an important book for any serious, professional Rembrandt scholar, but in a way it is redundant for the general public because of the 2017 publication of the affordable edition of Rembrandt’s Paintings Revisited – A Complete Survey: A Reprint of A Corpus of Rembrandt Paintings VI by the same author. For about 65 euros that delivers a truly spectacular feast: every known Rembrandt painting in a good, full page reproduction, with scholarly texts on almost each painting – some only a paragraph long, some spanning multiple pages. If you have read that, there is not that much too learn from this book, except for details.