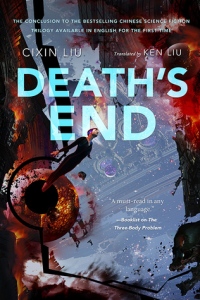 Cultural differences exist. In the excellent article Wheat People vs. Rice People, T.M. Luhrmann discusses, among other things, insights from psychologist Thomas Talhelm, published in Science in 2014. Talhelm makes a convincing case for the fact that the difference between the individualism of the West and the more communal societies of the East can be traced back to their agricultural history. Rice needs a team effort to grow and harvest: rice fields “require complex irrigation systems that have to be built and drained each year.” Irrigation cannot be built and maintained by individual farmers, it needs a cooperating village. Wheat on the other hand can be grown much more easily: it “needs only rainfall, not irrigation. To plant and harvest it takes half as much work as rice does, and substantially less coordination and cooperation.” It is hardly surprising that material circumstances shape cultures, but this particular link was eye-opening to me.

With all that in mind, it is also no surprise that Death’s End, the final volume in the Three Body trilogy, again shows humanity acting as one character. This is quite explicit: Cixin Liu inserts the image of humans acting like an ant colony a few times in the story’s 602 pages. It is not that Liu doesn’t recognize difference, it’s just that he focusses more on the end result of the whole.

Yifan said, “The universe contains multitudes. You can find any kind of ‘people’ and world. There are idealists like the Zero-Homers, pacifists, philanthropists, and even civilizations dedicated only to art and beauty. But they’re not the mainstream; they cannot change the direction of the universe.” “It’s just like the world of humans.”

In this respect, the novel is a lot like the previous book, with the important difference that I didn’t always feel humanity acted believable in The Dark Forest, whereas Death’s End – in that respect – regains the realism of the first book. In that respect, as it’s loud and clear very early on – just take a look at the ‘Table Of Eras’ before the story even starts – that this book will go completely Interstellar – including weird physics, times outside of time, other dimensions, etc. Not that I had problems with my suspension of disbelief: Liu manages to evoke the completely bizarre seemingly effortlessly, with clear language and scientific, theoretical explanations that seem plausible. Speculative Hard SF seems an apt moniker.

As such, the scale of Death’s End is even larger than The Dark Forest. If The Three-Body Problem was 102 (set on Earth, spanning a few decades, with humanity making first contact), and The Dark Forest was 103 (an open conflict between two interstellar races across a few centuries), Death’s End ends up being 10100 …the canvas & plot tools ultimately being the very fabric of reality, the fullness of the Universe, the Nature of Nature – ending 18 million years after the start of the story. That number is no spoiler btw, as it can be deduced from that table I mentioned. This book is full-blown SF: I have hardly come across anything set on such a scale, let alone as convincingly, without it being Space Opera with a lot of handwavium – maybe Neil Stephenson’s Anathem, but that’s a different beast still.

Death’s End is very ambitious conceptually. With so much on their plate, a lot of authors would end up with a bloated bag of air, but Cixin Liu delivers. There’s a bit of drag around page 400, and the overall monotonous narrative voice can become a bit tiresome at times, but in the end, it all pays off. Taken as a whole, this is one brilliant feast.

Liu’s creativity cannot be understated. There’s a lot of unexpected twists, compelling mystery, puzzles and visually appealing descriptions of wondrous things. Some might object to the book’s style. There’s mostly telling, and whole sections are info dump descriptions. Death’s End was again translated by Ken Liu, and I’ve faulted the prose of his debut novel The Grace Of Kings for being boring, slow and too obvious telling. None of that here: the pacing is quick, and the information density is high. This is mainly a novel of ideas, and there are tons of good SF ideas packed in this volume. It’s maybe even overkill. Picked apart and expanded upon, you could fill a lot of other novels with those ideas. The fact that this is an idea fest is also its greatest shortcoming: character development and character depth are not this book’s strongest suit.

An abundance of ideas, more than a few story lines, and yet Liu manages to keep everything under control: all is tied up neatly in the end. There must have gone heaps and heaps of thought and planning into the writing. And again the reader is treated with small, insightful nuggets throughout the book.

The ultimate fate of all intelligent beings has always been to become as grand as their thoughts.

The Three-Body trilogy is definitely obligatory reading for any serious fan or student of contemporary science fiction. Liu has managed to write 3 very different books, and this last installment is a more than fitting conclusion to the series. Having said that, I must agree with Rob on Val’s Random Comments: the first volume remains my favorite, as I liked the Chinese angle a lot – not that international & interstellar is bad, it’s just not as fresh for these Western eyes.

Not that this isn’t a Chinese book. That article I linked to discusses a few examples of research that shows that “Americans are more likely to ignore the context, and Asians to attend to it.” Death’s End explicitly looks at the biggest context as the final goal.

And now we know that this is the journey that must be made by every civilization: awakening inside a cramped cradle, toddling out of it, taking flight, flying faster and farther, and, finally, merging with the fate of the universe as one.

As I wrote in my review of The Dark Forest too, Liu’s ultimate message is a message aimed at human arrogance. One of the few emotional scenes in the book happens when Cheng Xin – the female protagonist – realizes that the cosmos doesn’t care about us.

She cried out of a sense of surrender. She finally understood how she was but a mote of dust in a grand wind, a small leaf drifting over a broad river.

I don’t think the book is pessimistic. It’s a form of speculative realism. Our solar system will end, either way. Homo Sapiens only arrived 200.000 years ago – it’s a form of hubris to think we will persist forever. Death’s End is not only both entertaining and conceptually challenging, but both a stark reminder and a warning too.

And so Nature remains the final victor.

Time is the cruelest force of all.